The Working Horse PrincipleBy Anders J Eskilsson
Let’s look back at the 2013 IFBB New York Pro as the competitors are starting to fill up on stage at the Tribeca Performing Arts Center. There is excitement in the audience already, but some will experience something really unexpected this evening.
One person would really stand out in this competition. He would crush all the other men in the lineup. His name is Mamdouh "Big Ramy" Elssbiay from Egypt, currently living in Kuwait City. The impact he made was one of the most spectacular in a very long time in bodybuilding. We who love the sport needed him to remind us what the “muscular wow factor” is all about. The other competitors were good, but no one could match the size of Ramy.
This article will discuss the importance of competitiveness. By “the working horse principle” I mean a mental focus in the back of your mind to exceed a challenger or destroy a competitor in the sport you practice, thereby you can work and focus harder on your way to become your absolute best.
The Ramy effect
For most of us Ramy came as a pleasant surprise, but to others he meant more calories to eat and some real deal hard work ahead in an effort to match this new competitor. While Ramy’s conditioning at the New York Pro was not top class, it was enough. Besides, his main and trump card was his incredible mass and huge round muscle bellies. Some say he carries the “freak factor,” but I don’t like the term used on him. His physique is more aesthetically pleasing when compared to other freaks like Martin Kjellström, Paco Bautista or Markus Rühl. Ramy has the unusual gift of a small midsection in addition to his massive and sharp size.
After the competition, legends like Ronnie Coleman and Jay Cutler were said to be really impressed by his physique. Both Ronnie and Jay are no loudspeakers when it comes to discussing other top pros, at least not through social media, but after Cutler saw pictures of Ramy he said that he can be trouble for anyone in future. And Ronnie thought Ramy had a chance of winning the whole Olympia in 2013 if he could nail his conditioning.
Victor Martinez suffered when compared to Ramy and Juan Morel, too, who even with his massive volume found himself outsized. For a veteran like Vic, it can’t be pleasant to step on stage in front of the home crowd of New York City, be close to bringing your ‘A’ game and then look small next to a newcomer. The question is, will Ramy become the “working horse” Victor will use to exceed earlier versions of himself and push his physique even further?You could see in Vic's eyes how disappointed he was over losing to Ramy. He had been in jail in for seven months in 2012, but nonetheless he felt and saw something as Ramy easily triumphed at the Tribeca. That had to take its toll on Vic. You are showing parts of your identity, what you are proud of and what everyone in your family knows you are working so hard for, that win!
History of competiveness
I am thinking of “Pumping Iron” and the battle before the Olympia between Arnold and Lou Ferrigno. Even if it’s a partially staged drama, the psychology is still there. “The working horse” is in back of both of their minds. The classical scene when Louie screams Arnold’s name between sets in a small, dark gym in Brooklyn. Even if Arnold had a calmer outward appearance, his challenger was in back of his head and guaranteed gave him more horsepower in the gym.
In the end Louie did not manage to win the competition and Arnold rode away into the Olympia sunset once again while Louie ended up as one of the greats trying to ascend to the throne.
Everyone in our industry knows what happened to the great Lee Haney, 8-time Mr. Olympia, at the end of his career. Someone in a deep dungeon started to chase his idol. This newcomer was “The Shadow” from Birmingham, Dorian Yates. Yates knew what he had to do to be the best. He had to walk in Haney's shoes and even go further than him... more mass and a killer back to match r even exceed Haney.
One can wonder what drove Lee Haney all those eight years. Sure, there was Rich Gaspari and Lee Labrada, but neither really threatened Haney. I’ll guess he competed against himself more or less. What would Haney have achieved had Coleman been there to push him further? 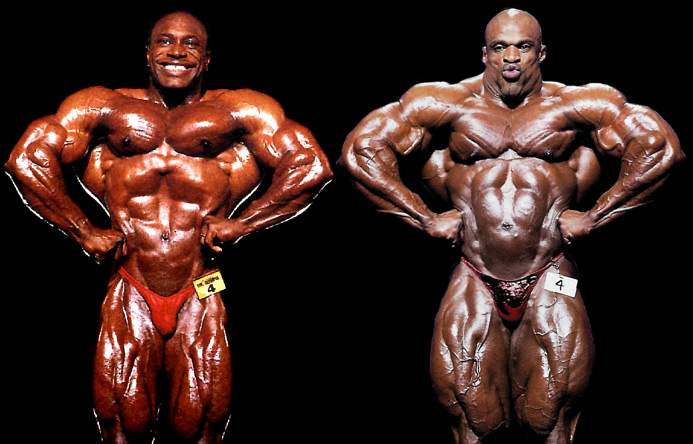 “The working horse principle” exists on all levels, even between amateurs and at local gyms. It’s no wonder why the best bodybuilders once came from Gold’s Gym in Venice, and now we should watch out for Kuwait’s Oxygen Gym where Ramy is from. The new factory in the Middle East is producing beasts! I also wonder when a gym of China will become well-known and respected in the industry. The Arnold Classic and the IFBB are opening the door to all the parts of the world, so it might not be far away.
At the 2013 Mr. Olympia, though many of us anticipated that Ramy could actually win the whole shabang, he came in a bit off compared with his NY Pro conditioning. With that in mind, and that fact that he was doing battle with the absolute best pros, it’s no wonder Ramy finished in 8th place. Still, breaking the top ten is one hell of a good debut for anyone entering their first Olympia.
You can see that Ramy is passionate about what he does. He really likes being on stage showing all the hard work he did to get there. When or if Ramy can nail his conditioning, it will be hard to see anyone beating him.
My prediction for the 2014 season is a much larger Victor Martinez compared to what we have seen from him in the past year. If he also can nail his shape and come in close to a peeled conditioning he can be trouble for many of the pros.
Final Words
Everyone can use the “working horse principle,” both in smaller and bigger versions. When you work out think about someone you either want to exceed muscular wise or construct that motivation with emotional pain you want to get rid of. Use those past losses to fuel your workouts. This principle and mindset will guarantee added strength, intensity and muscular development.
So if you haven’t figured out what your “working horse” is made of, maybe it’s time to do so. You can actually convert emotional pain into horsepower to intensify your workouts and thereby release the pain and anxiety by using this principle to its greatest effect.
The author can be contacted @
https://twitter.com/Andozan
This email address is being protected from spambots. You need JavaScript enabled to view it. 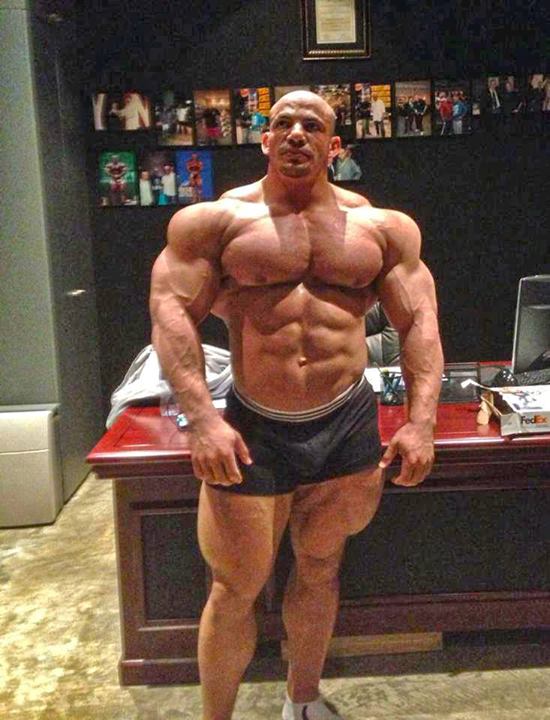 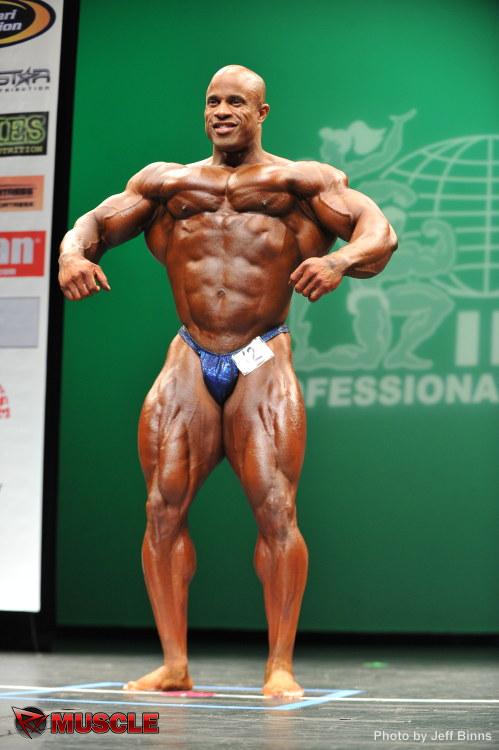 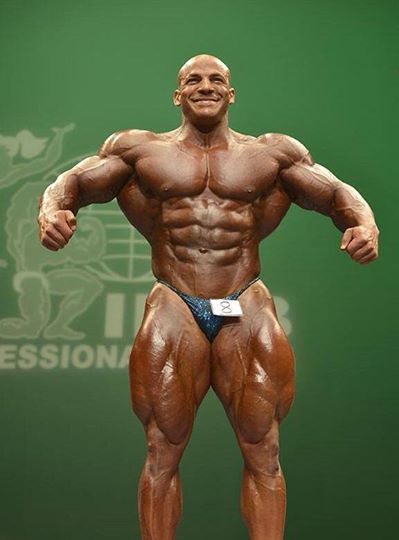 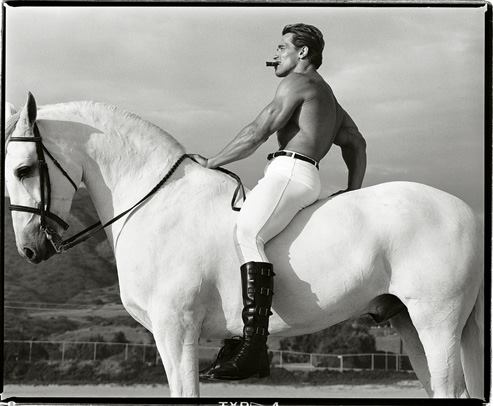 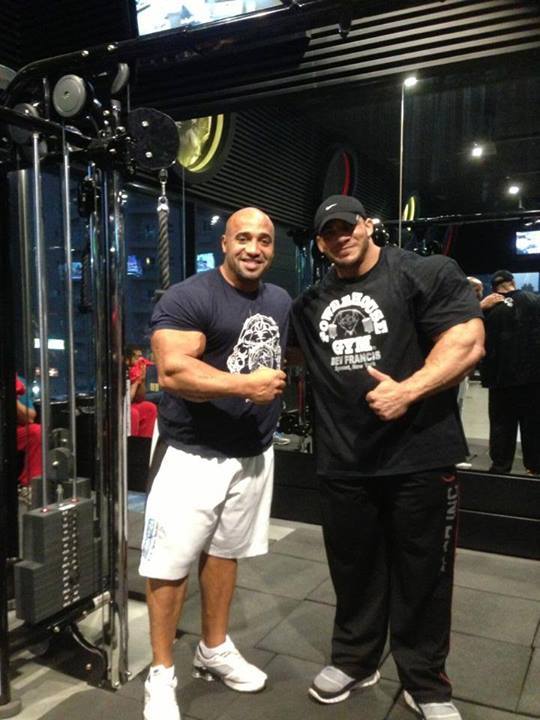