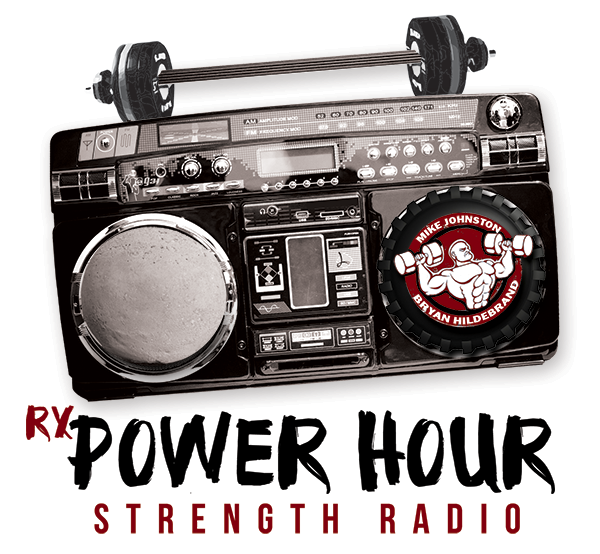 PHv2square
This weeks Rx Power Hour the boys spent some time talking with some of Mike Jenkins contemporaries and recorded some of their memories of Mike. Former guests Andrew Palmer, WWE's Adam Scheer and The Human Action Figure Jon Anderson help the boys remember Mike, his contribution to the sport and to their lives.

Bryans new glasses, Battle of the Sarah's on FMK, Mike training in the apparently gay-centric legendary Quads Gym in Chicago, The Breakdown makes it return and a silly Listener Question wrap up the second to the last show of the year on the Rx Power Hour Strength Radio.

PHv2square
This week has been a long and sad week as our good friend ASC Pro Strongman Mike Jenkins passed away on Thanksgiving morning in his sleep. Mike and Bryan remember him and talk about the MAN he was to his fmaily and community. Next weeks show will have more of Mikes friends sharing stories. Brian Shaw, Andrew Palmer, Robert Oberst, Jan Todd, Jon Anderson and many more.

This week RxMuscle.com C.O.O. SallyAnne Taylor comes on to discuss whats new for Rx in 2014, Bros V Pros 18 at the Diamond Gym and in Bros V Pros 19 in Macau, China as well as the idea of The Rx Power Hour being a weekly LIVE show?

The Breakdown and Question of The Week, FMK for SallyAnne and much much more on this weeks Rx Power Hour Strength Radio.